Information is the new capital 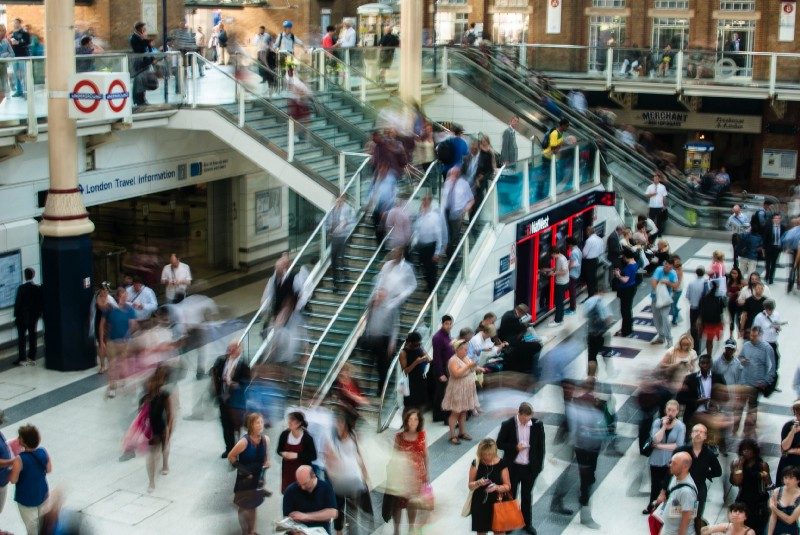 With the arrival of the industrial era this paradigm changed (in part) for the first time, a single worker by using the machines was capable of performing the work of 10 oxen or one hundred workers, he doubled the speed of transport and thereafter tripled. Despite this recent acceleration, the growth was predictable and linear, the limit of the productivity growth shifted by the number of men animals to the number of machines, by doubling the amount of factories doubled the production. The companies began to grow globally with lasting and profitable success, to get in any sector or in any geographic area, it was enough to buy factories or entire companies.

However, such a growth requires always long and / or large amounts of capital investment, but mostly it is a strategy that does not allow many errors. While globalization has worked in the past as a growth model, my idea is that it will not work in the future, where companies need to be agile, fast and more informed. The substantial changes in the markets and the real innovations come from startups and not by multinational corporations, information is the new money.

Small is the new Big

Before returning to the globalization discourse I would like to tell a short story. Two years after the launch of the iPhone, which occurred in 2007, Nokia disbursed the incredible sum of 8.1 billion dollars to acquire Navteq, a shipping and road mapping company. The interest of Nokia in Navteq arose from the fact that the company was a leader in the field of traffic sensors and the Finnish company sector was convinced that by controlling these sensors i cant dominate the online mapping sector, an asset that would put Nokia in safe postition from the continuous war with Apple and Google. The stratospheric price was due to the fact that Navteq had a monopoly of the road sensors industry, there was no one who could undermine its position as the market leader. Unfortunately for Nokia, in those days was founded a small Israeli company called Waze. Instead of investing in hardware and roadside sensors, the founders of Waze thought to use the integrated GPS sensors on users’ phones to have traffic information in real time. Within two years, information received by Waze was higher than those received by the roadside sensors of Navteq, in four years it had increased tenfold. In June 2012, the market valuation of Nokia had plummeted from 140 billion to 8.2, roughly the same figure that hoped to acquire Navteq. For modern companied it is fundamental to look at what is happening outside, realizing a technological threat or a competitor growing rapidly, the money will not save you.

When we think about the future of our companies, we think and we hope to see progress and growth, well, this growth can take two different forms:

Linear growth, which means keep doing things the way we have always done, copy and / or improve the things that work to expand our business.

The best word to describe the linear growth is globalization — take things that work in one place and make them work anywhere in the world. China is the simplest example, the Chinese have quietly copied everything that worked in the civilian world, maybe sometimes even skipping the intermediate steps, directly to wireless without going through landlines.

The best word to describe the exponential growth is technology. Globalization and technology are as said two different growth mode, but despite this they can co-exist, we can only have one type or neither From 1815 to 1914 there was a time of globalization and contemporary technological development, between the first and the second world war there was a rapid technological development, but not much globalization. Many argue that the world’s future will be defined by globalization. As I mentioned before, I do not agree, my personal reflection on globalization and technology is that only one of them has a limit, and it sure is not the technology. Since we have talked about China, we continue to use it as an example, if China over the next twenty years will double its production,it will also double the pollution of its air, making its life unbearable for a human being. Think India, if the Indian families would live the way that American families do, the consequence would be an unprecedented environmental disaster. If we continue to use the old systems to create wealth, it would only result possible catastrophe but not the well-being.

Our past is marked by business and society in the sum 0, the success had only one meaning — taking in possesion the property that belongs to others and not by creating the new sources of wealth. All this until the sixteenth century, from 1760 until 1970 the world has encountered a relentless progress, as a result we have inherited the companies that are rich for more than one generation, up to our grandparents or parents (what luck eh).

At the end of the seventies everyone expected to earn much by working little, holiday on the moon, flying cars and energy for free, unfortunately it did not happen, not because the technology has stopped, simply because we have staked everything on globalization thinking that growth and the progress of our society were automatic and coordinated, but it is not. In the last fifty years we have seen the computer and communications growing at an unimaginable speed, while the rest remained old. The SIRI developers say that while they planned the artificial intelligence at the base of Apple software, they had to imagine tools that did not exist, with which SIRI, from there to five years, would have to interact. Today our challenge is to learn about emerging technologies and invest on them, you have to understand the impact that we will have on our markets and in our world, there is no other way to grow.