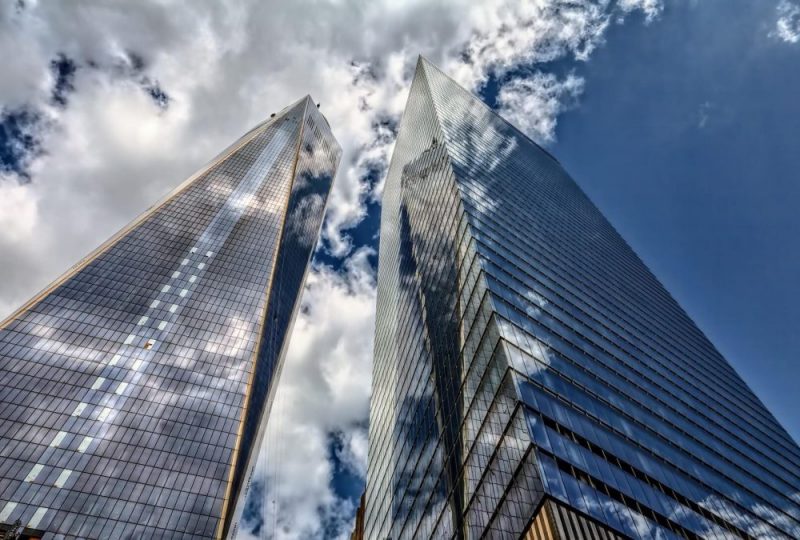 Technologies’ advancement is helping with social inequalities in the world but, at the same time, it’s favoring the increase of the economic gap between the so-called “super rich” and the rest of the population.

The world we live in is a world where the quality of life has significantly improved compared to the past: the development of technologies has undeniably and positively influenced many aspects of our society, in many cases helping the poorest people on the planet. But to what extent is this progress able to generate well-being? And why the last few decades saw the gap between the wealthiest on the planet and the rest of the population getting bigger?

Technologies and the quality of life

The 2030 Agenda for Sustainable Development, an action program for the people, the planet and the prosperity signed in September 2015 by the governments of the 193 member countries of the UN, describes the situation of the quality of life worldwide.

In fact, this document focuses on the priorities that must be addressed globally, such as the defeat of poverty and the defeat of hunger, or the improvement of the quality of health and well-being, emphasizing that how the work isn’t done yet. We still have a long way to go to guarantee a minimum level of comfort for all human beings, but at the same time, we have already achieved concrete results. For example, since 1990 the extreme poverty indexes have shrunk by more than a half, every day 17,000 fewer children die and maternal mortality has dropped by almost 50%.

Much of this progress is attributable to science and medicine, which, thanks to technology, are able to guarantee concrete applications.

The super rich vs. everyone else

In recent years, technology has further evolved thanks to digitalization, which made it instantaneous and global. This happens also at the macroeconomic level, thanks to instant access to the market, which has brought the concept of competition to a new level, where the struggle is fierce and there is almost exclusively room for the “best in class”.

This phenomenon has been well described by the economist Sherwin Rosen, in his 1981 essay “The Economics of Superstars“, whose incipit sums up his analysis: “The phenomenon of Superstars, wherein relatively small number of people earn enormous amounts of money and dominate the activities in which they engage, seems to be increasingly important in the modern world”. Consumers are always inclined to choose the highest quality product or service and that’s when the Superstars gain all their power.

For example, Google will probably be our first choice if we need a search engine: of course there are others, but why choose the second best when we can access the best? In the same way, the vast majority of us manage their digital relationships related to leisure time with Facebook and professional ones with LinkedIn, and so on.

As Riccardo Barlaam reminds us in his article on Sole24Ore: “Apple, Google, Facebook, Microsoft, Amazon are richer and more powerful than entire areas of the world, so much that they can even influence the results of the American elections. Last year, every minute in the world people exchanged 16 million messages, spent an average of 750 thousand dollars is on e-commerce sites and they logged in Facebook 900 thousand times. The pervasiveness of the «big five» is also reflected in the stock market performance: in Wall Street, the S&P 500 closed 2017 with the best performance in eight years and an increase close to 20%. Much of the credit goes to tech stocks that towed the price lists. Among the eleven sectors that compose the US benchmark index, the hi-tech index increased by over 37%.

The digital revolution and the middle class

However, there is another aspect of this “concentrated abundance” enabled by digitization.

Erik Brynjolfsson and Andrew McAfeel in their book “The new machine revolution” reported an interesting study on the US with a comparison between labor productivity and employment since 1972: the two factors have similar growth throughout the post-war period but they start to move away in the 90s, when productivity continued to grow while employment slowed down. Meanwhile, GDP, corporate investment and tax-free profits have also grown to record levels, leading to further concentrations of wealth.

So, technology, accelerated by digitization, on the one hand, offers obvious advantages and guarantees a more wealthy world, where we get more and more output from less input (such as raw materials, capital, labor), but, on the other hand, we shouldn’t consider it, to quote Brynjolfsson and McAfeel, “a rising tide that lifts all the boats”.

This is also confirmed by the World Inequality Report 2018, whose statistics are based on an open database, containing data on the historical distribution of income and wealth worldwide, created with the contributes of more than 100 researchers in 5 continents.

Even more worrying is the downturn, if not the stagnation, of the rate of income of the “middle class”: as explained in the research, in 2050 the overall level of wealth of the so-called “global middle class” (i.e. 40% pf the world’s population) will be the same as 0.15% of the richest on the planet.

This is one of the most alarming factors since the middle class has always been a barrier to the growth of inequalities while ensuring the existence of a “social elevator” that has allowed the spread of well-being. This growth in inequality could lead to the creation of exclusionary institutions, for example by reducing access to quality education to talented people, but with less economic possibilities.

The next challenges for technology

Always Brynjolfsson and McAfeel wrote: “Technology is not the only force that favors this increase in inequality, but it is one of the main ones. Today’s information technology favors skilled workers compared to those who are not, increases the revenues of capital owners compared to those of labor and inflate the advantages of the superstars over all the others”.

This is particularly important as we approach a time in which inclusion will necessarily be one of the founding traits. The two authors also note that “if the first age of machines allowed to unleash the force of energy trapped in chemical bonds to restructure the physical world, the true promise of the second age of machines is that it will help to unleash the power of human genius” and we will need everyone’s contribution.

We are therefore facing a time in which future technologies will tend, on the one hand, to favor abundance and on the other to increase inequalities. Once again, we are challenged to address the technologies in the right direction, because #thefutureisopensource!