How does Curiosity, the NASA rover on Mars, work? 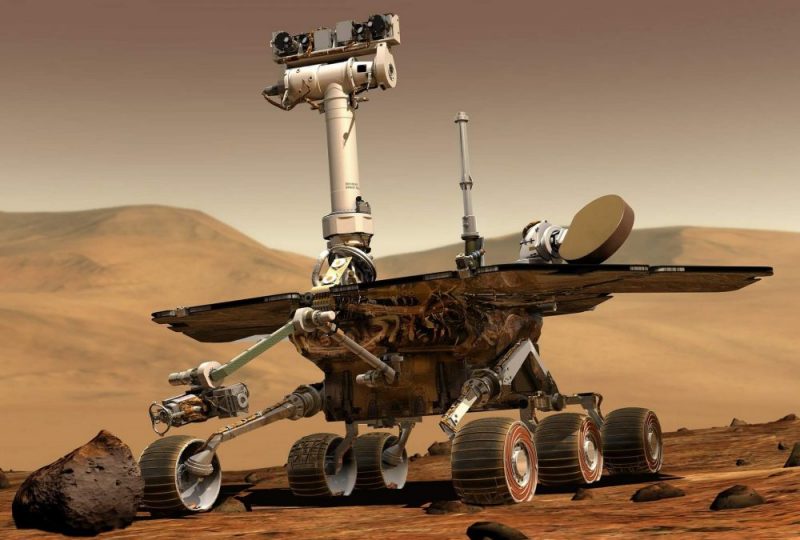 The American space agency has announced that its device has found organic molecules on Mars, making the hypothesis of life on the red planet more plausible. But how does Curiosity work and what has he been able to discover since he landed on Mars?

Imagine a SUV, 3 meters long and weighing about 900 kilos, working night and day on Mars in total solitude for almost 6 years. Curiosity, the NASA rover landed on Mars in August 2012, has sent new data on Earth, which highlight the presence of organic molecules on the red planet’s surface. The discovery, communicated by the American space agency with a live streaming and the simultaneous publication of two scientific articles in the journal Science, strengthens the hypothesis of life on the red planet, making the hopes of those who would like to bring us to Mars a little more concrete.
All the world’s leading news media have given space to this news, but very few have given proper recognition to Curiosity, who despite the age and some ailment, is contributing in a fundamental way to increase our knowledge on Mars.

Curiosity is an automatic robot used for the mission Mars Science Laboratory, MSL. Launched on November 26, 2011, the rover landed successfully on Mars on August 5, 2012, using the EDL (entry, descent, landing) method. The duration of the planned mission was at least a Martian year, about 2 Earth years, but it is still ongoing: Curiosity celebrated the goal of 2000 “Martian days” on the planet in March, equal to 2054 of our days, and its work does not seem to be finished yet, although the rover promptly overcame a few aches. In 2013 he suffered a short-circuit that forced him to stop the activities for a while, he had problems with the wheels due to the rough terrain and, finally, he risked having to give up the ability to pierce the ground and rocks: at the end of 2016, in fact, a debris had compromised this functionality, risking to jeopardize his work on Mars. Thanks to the intervention of the NASA engineers, however, Curiosity has even improved this function with the installation, in May 2018, of the FED technique, Feed Extended Drilling.
It is powered by nuclear generators with radioisotopes, which allow it to remain active night and day, and throughout its “life” will explore the inside of the Gale Crater, a crater of 154 kilometres chosen by NASA because it is considered suitable for discovering traces of life.

What he discovered. Immediately after landing the rover began to send images from the surface and to carry out analyzes on soil samples, independently processed in what is a real mini-chemical laboratory that Curiosity has inside him. Among the most striking photos taken, the one that portrays the Earth and the Moon seen from Mars, that of the sandy dunes, the Martian sunsets and the so-called “dust devils”, small ‘tornadoes’ that also meet on Earth in desert areas. With regard to the discoveries obtained from soil analysis, Curiosity detected substances considered the “building blocks of life”, such as organic carbon, hydrogen, oxygen and sulfur. Furthermore, images and data obtained by Curiosity have led to support the ancient presence on the planet of a lake basin.

Curiosity and his brothers. Before Curiosity there were Orbiter, Opportunity and Spirit. And soon the rover will have a “younger brother”, who will take his own path. In fact, NASA has announced that a new device, still without a name, will start from Earth in 2020 and will arrive on Mars in 2021 to examine other craters. Equipped with a mechanics similar to Curiosity but with different and more advanced instruments, the new rover will have the objective to continue searching for traces of life and extracting oxygen from the air.

Curiosity will also be a robot, but after years of honoured service, we felt obliged to give it the right recognition!