Fifty years ago, she lost the chance to get the Nobel Prize for the discovery of the pulsar stars, but for Jocelyn Bell it's time for winning back what’s hers: in November, she will receive the “Special Breakthrough Prize”, whose funds will help other women and minorities in the scientific community. 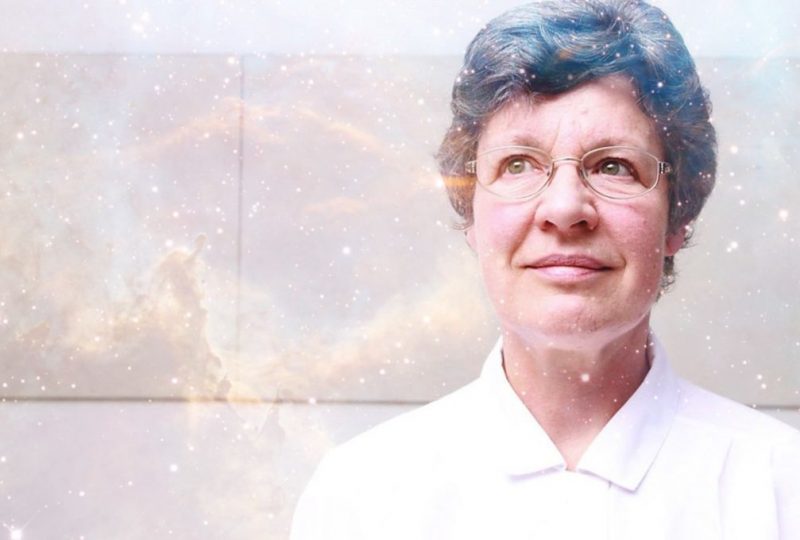 The Nobel Prize for Physics is sadly known for not being a women’s affair: last time that a female scientist won the prize was 1967. Susan Jocelyn Bell Burnell clearly knows something about this, since in 1974 she saw her professor, Anthony Hewish, get rewarded for the discovery of pulsar stars, to which she contributed in an important way. 51 years later, the “Special Breakthrough Prize” commission, funded by Silicon Valley billionaires and reserved for prominent scientific figures, chose Jocelyn Bell as the winner. The award, which includes a check for $3 million, will be presented to her in November, during a gala evening in her honor: “I was absolutely speechless,” Bell said, “and anyone who knows me knows that I am never speechless. This had never even entered my most bizarre dreams.”

The discovery of pulsar stars

It was 1965 when Jocelyn Bell enrolled at the Faculty of Physics at the University of Cambridge: she was one of the only two girls in that program. Immediately, Bell decided to join the Department of Radioastronomy: at the time her professor, Anthony Hewish, was studying the quasar stars, incredibly bright space objects whose origin was still unknown, and to do so he created a special telescope, the “Interplanetary Scintillation Array”. Jocelyn Bell also participated in the construction of this extraordinary instrument, composed of more than 100 miles of copper cables and wires developed in a field just outside the walls of the University of Cambridge. She was also in charge of controlling the miles of paper on which galactic radio waves were printed continuously.

When, one morning in the summer of 1967, the telescope first recorded a light source with repeated pulses at a steady pace, it was Jocelyn Bell who realized it: but when she called Hewish to inform him of the discovery, he underestimated it, declaring that it was probably only an artificial radio interference. But it wasn’t. The scientist was determined and so she continued to collect data: a few months later she detected other radio pulses from different parts of the galaxy. She decided to rename the signal with the code name LGM-1, as in Little Green Men: since they couldn’t explain yet where this particular signal came from, why not think about the aliens? Between December 1967 and February 1968, other impulses were recorded by the telescope, clarifying once and for all that it was not a question of human (or alien) interference, but of a new type of star. The discovery was published by Nature, one of the most important scientific journals: the article was signed by Anthony Hewish, while the name of Jocelyn Bell appeared second.

“It was my stars that did it”

At the end of 1968 other researchers reported detecting a regular radio flash coming from the heart of the Crab nebula: this confirmed one of the theories of Hewish and Bell, that they were pulsar stars, stars formed by neutrons emitting electromagnetic radiation that come as pulses emitted at extremely regular intervals. Thanks to these impulses, pulsar stars can be used to study the universe, using them as reference points to map the cosmo or to trace the time of interstellar events to millions of light years away. A revolutionary discovery, in short, so much that the Committee of the Nobel Prize for Physics decided to award it in 1974. But on the stage at the Stockholm Academy that year only Anthony Hewish ended up: Jocelyn Bell, not without controversy, was excluded. “It happened only because I was still a student”, explained the scientist, not at all outraged by her exclusion: for the first time, in fact, the Nobel Prize for Physics was due to someone who studied the stars: “Finally the committee recognized there was good physics in astronomy,” she said. “I recognized that it was a huge precedent, and I was rather proud that it was my stars that did it.”

“Jocelyn Bell Burnell’s discovery of pulsars will always stand as one of the great surprises in the history of astronomy”, said Edward Witten, chairman of the selection committee for the “Special Breakthrough Prize”. Jocelyn Bell is the fourth person to receive this prestigious award, whose previous winners include Stephen Hawking, seven CERN scientists whose leadership led to the discovery of the Higgs Boson, and to the entire LIGO collaboration that detected gravitational waves. As for the prize money, Bell already has clear ideas about what to do with it: “I don’t need a Porsche or a Ferrari”, she told the Washington Post. Rather, the funds will go to create scholarships for women, underrepresented minorities and refugees who want to study physics. The funds will be administered by the Institute of Physics of Great Britain. “I reckon I discovered pulsars in large part because I was a minority person [at Cambridge],” she said. “And I have a strong suspicion that other minority people might have similar feelings and work equally hard and discover things”.

The physicist Gianfranco Bertone, in an article published by La Repubblica, commented: “With this gesture, Jocelyn Bell made her masterpiece, transforming the disappointment of a lost Nobel in a splendid message of openness and trust. A message that the world, not only the scientific one, is in great need of”.