Give me your DNA and I’ll tell you who you are: interview with Massimo Delledonne

DNA tests are spreading all over the world and genome editing offers opportunities yet to be explored. But what are the opportunities and what are the risks, also ethical, of the evolution of genetics and genomics? We talked about it with the geneticist Massimo Delledonne. 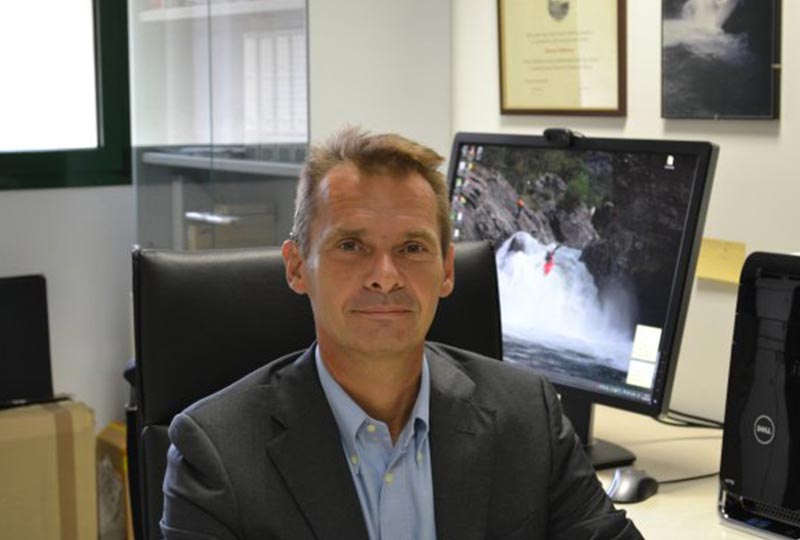 It seems an era ago, but only 15 years have passed since the first sequencing of human DNA was completed. And in the last decade and a half the ethical and social issues related to genetic and genomic questions have multiplied, and shifted from research labs to our daily lives. From the genetic tests, more and more common among the VIPs, to the genome editing, there are many open debates. Will we be able to predict in advance and defeat incurable diseases? Will we change our genes to create a “superman“? What will be the price (not just the economic one) of all this?

We search for answers with Massimo Delledonne, professor of Genetics at the University of Verona and founder of the Functional Genomics Center, which is dedicated to the development and use of new technologies in the genomic field, and of the spin-of Personal Genomics.

In the last few years, we witnessed a new success of genetic tests, that promise sensational results. Let’s do some clarity: what can and can’t be discovered with a DNA test?

We can certainly see the predispositions to diseases that have a genetic basis, obviously among known diseases, since they are numerous: it is estimated that in total there are over 5 thousand. Suffice it to say that today we are able to study two thousand genes out of twenty thousand, so it is clear that there is still a long way to go.

Many services that offer genetic tests, however, like to make hypothesis about the correlations between certain genetic bases and some characteristics, such as the predisposition to sport, the ability to withstand particular conditions, the possibility of developing a particular attitude towards music or other arts. These are all elements that probably have a genetic basis, but that are not only due to this: we are what we are also thanks to what is written in our genes, but we are not only the mere result of a DNA product. Interaction with the environment and the ability to manage ourselves can also make a big difference. So, to say that to be a leader is enough to have an adequate genetic basis, is a very stupid thing. It takes more awareness on the reliability of these tests, which promise much more than what they can offer. And when they are applied to the health sector, but also to well-being and nutrition, they start with a wrong principle.

Can you make an example?

It is used to say “if you have this variant in your DNA you are not able to metabolize some substances”, such as caffeine. So if someone undergoes the test and it shows that that variant isn’t there,  they could be convinced they are able to metabolize the substance, while ignoring that there may be many other variants that have not been considered. The tests, in fact, go to search and read only certain aspects. In general, they may have some meaning when they say that something does not work but if, on the contrary, they say that everything is fine, it is not certain that it is true: everything is fine only in the aspects that have been analyzed. The example that I always do to help understand the concept is this: I have a car and I take it to a mechanic for a check-up. The ten most frequent causes of breakage are checked and, if they do not find any problem, they tell me that the machine is perfect. But it’s not like that, or at least it’s not certain. It could have many other problems or flaws that were not considered by the control. This is exactly what happens with this type of test.

Today the tests are spreading also thanks to a price reduction. What is the situation today and what are the prospects?

Tests in general will continue to thrive and will gradually improve in their ability to provide reliable information. But it will also be necessary to see what will happen at the legislative level: the European Union in 2022 will launch new rules to better regulate this market, so some things could change. Some of these companies may disappear, and those that will remain will have a more solid scientific basis. They will offer tests with a higher predictive value. For the costs, however, I predict that they will remain either very high or very low: the discriminating will be the possibility to sell or not their genetic data, the choice to sell themselves to have a discount on the purchase of the product. The most serious services, which will treat the privacy of individuals in the correct way, will always have a higher cost.

About this, after the Cambridge Analytica scandal the world has opened its eyes to the importance and the amount of data we release online. How, instead, are the data of our DNA used, once acquired through the tests?

I would never give permission to sell my data. I would leave the possibility of using them only for scientific research, that should have the right to continue and that also depends on the information in possession. A different thing, however, is the “commercial” use of data: the American company “23andMe”, for example, offers genetic tests at 99$, then collects all the data of its customers, makes them fill in detailed sheets in which they describe themselves and resell the information to pharmaceutical companies for tens of millions of dollars, as has already happened twice. These are companies that make profit on our genetic data, which have an enormous value for the pharmaceutical world: they allow, in fact, to develop increasingly effective and targeted drugs.

Another area on which we are investing a lot today is genomic editing, with the so-called molecular scissors. Where could the evolution of this field lead us?

For now, it is not allowed to work on the editing of the human genome, except in very special cases. However, the prospects are enormous – I mean those of improving human beings. The big theme here will be to understand what we mean by “improving”. For now, the law does not allow us to do the genome editing on humans because before correcting any defects we must be able to define them, as we should be able to define what are the “serious diseases”, to understand what can be in some way removed from the genetic heritage of a human being and what is not. I am convinced that we will never get to transmit the modified genetic characteristics to our children. We can intervene on so-called somatic cells, but I do not think we will ever succeed in passing on the improvement: we change the genes of the single individuals, but not of the species.

In medicine too, the successes will be incredible: I believe that the treatment of tumors will be the first field of application that will be developed and used widely. On the contrary, I am skeptical about the possibility of modifying the genetic problems that are identified at the level of the embryo, but at the same time I think that assisted fertilization will increase: we will make a genetic selection of the embryos, keeping only the best ones.

In the plant world, on the other hand, what is the potential?

On the plants we are much further ahead, in the sense that it is allowed to do research and experiment. In fact, this technology will completely replace the genetic transformation produced by GMOs, which have never been accepted by the public. With molecular scissors we will produce improved plants in their characteristics, with an important impact in different sectors.

The evolution of research in genetics and genomics will lead us to discoveries that will also involve great ethical issues. In your opinion, which are the most important debates we will face?

I believe that a theme that will acquire great relevance with the evolution of the editing of the human genome will be that of the “choice” of the children. Every parent would like the best for their child, we all want healthy and perfect children. We will come to choose our children as the products in a supermarket. In part this is already happening today with heterologous fertilization, when couples select the donor they consider the best.

In Italy this debate has already begun when the former Health Minister Beatrice Lorenzin has banned parents who wanted to resort to heterologous fertilization to choose the donor based on his physical characteristics and his ethnic group, to avert the risk of an excessive “selection”. So we will get to do a great deal of genetic tests to make sure that our children have the characteristics we want, as it happens in Iceland where practically no children with Down Syndrome are born. I believe that the path taken is this and from here we do not go back.