Ethics and reflection on the future: why we should become #futuremakers

Future’s study is deeply linked to ethical reflection and the concept of responsibility. Both because it is an activity that characterizes the human being and its actions, and because it represents an act of altruism for a future self or towards an unknown third person in the present. 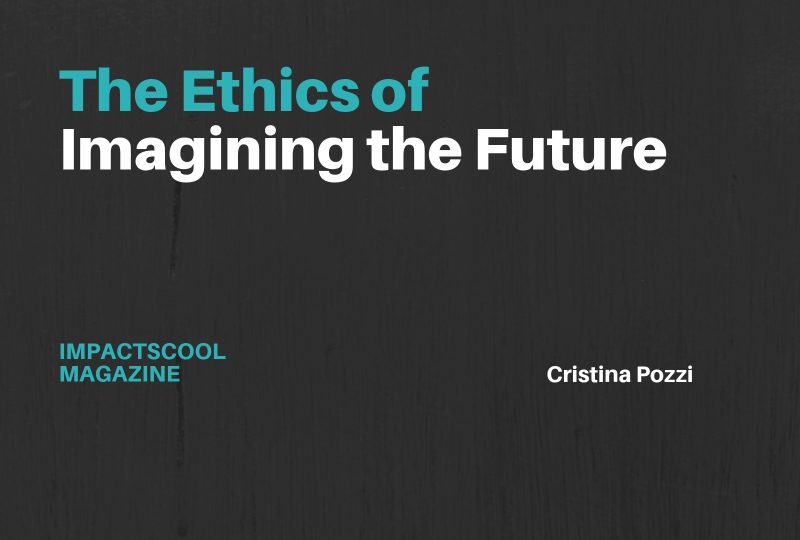 Emanuel Kant, in his reflection on sensitive knowledge, identified during the first period of his philosophical production, some forms of thought that inevitably interfere with the perception of the sensible.

We would not be able to know things as they are in themselves since we necessarily modify them in the perceptual process by adapting them to the forms of our intuition.

These forms, for the philosopher, are space and time, and exist a priori in our mind. It could be said, tracing a reductive parallel to the extraordinary complexity that characterizes our brain and the human being, that space and time are the operative system of thought.

Time, according to the philosopher, holds an apical position in the definition of human thought since space, external sense, cannot exist without time, internal sense, being itself perceived through the latter.

The fundamental intuition here is that our thinking is inevitably permeated by the concept of time which then becomes central in a broader reflection on the human being.

Anthropology today tells us that our abilities to think about time and plan the future are at the base of our evolution, differentiating ourselves from other animals and enabling human beings to become producers of technology, farmers, skilled strategists, hunters and much more.

Looking for the substance of the future

But what does it mean to think about the future?

Let’s try for a moment starting from the observation of a child and his ability to perceive and think about time, using it as a tool for his/her own intuition. According to some recent studies, children during their first years live in the present, in a suspended time in which “yesterday” becomes anything that happened in the past and “tomorrow” anything that has yet to happen. The separation from the parent who goes out in the morning to go to work, a bump or a skinned knee are present and intense pains because the child does not know the duration nor the solution for them: in the early times, he has not enough experience to know that the pain will cease and that the parent will return home. Only when the child is three or four years old, he/she begins to imagine the future by engaging a growth process that develops up to the age of sixteen, when the image of the future is enriched with details and starts to look more like that of an adult. The elderly, on the contrary, seem to have a remarkable ability to “travel” in time, ranging between past and future with their own thoughts.

Studies suggest that these differences arise from the fact that the substance of the future would be contained in our memories. The child cannot imagine the future until he/she has “stored” enough memories as the older man or woman has a great capacity for imagining time thanks to the greater quantity of memories and experiences that he has, so to speak, “accumulated”.

Therefore, our brain would carry out an intense activity of gathering and categorizing memories and experiences to be used as needed to create images of the future to be placed at our disposal.

Future as a responsibility

But available for what? What is this intense work for? The answer is: to make decisions and, ultimately, to take action. Without the ability to imagine the future we would not be able to make choices, let alone act. So future and time are fundamental keys for our actions and for our human nature.

Thinking about the future and building possible mental scenarios, giving us the opportunity to make more informed decisions, gives us freedom.

But freedom and decision-making bring with them the weight of choice and responsibility and inevitably lead us into the practical field of moral philosophy.

Talking about the future means, therefore, talking about the moral value of our actions by combining the intention on the one hand and, on the other, a responsibility to evaluate the possible results and impacts of the choices that have been made.

Here is the first deep connection between the study of the future and that of ethics.

But it is not the only one.

Let’s try now to address the discourse from another point of view to explore other possible links between ethics and the future.

Future as a competitive advantage

We can define a creative person as someone who is able to see a different future not foreseen by the majority and realize it. Let’s take the example of Steve Jobs: when first rumors announced that Apple would launch a mobile phone, the international community was skeptical and did not understand the scope of the innovator’s proposal. But Steve had anticipated a future to come and had decided to realize it as a pioneer by guiding everybody else to its discovery.

When Elon Musk decided to invest a fortune in making a luxury electric car and started the Tesla adventure, he received criticism, smiles and irony. Once again he was someone who had imagined a plausible, but not common for our imagination, future and who had decided to take action in that direction.

This type of advantage can also arise from the ability to react with respect to an undesirable, but still manifesting, scenario. Let’s think about this example: after the energy crisis in the Eighties, Shell got up quicker than other companies. The reason should be sought in Shell’s recent habit to develop its strategies thought Scenario Planning. By constructing a variety of future scenarios and developing strategies for each of them, although not able to establish the timing of the crisis, Shell had been able to imagine it as a possible future development and was ultimately ready to react accordingly.

Therefore, we can see future as a competitive advantage that brings ability to create new opportunities, to catch them or react to critical scenarios with greater speed.

The first two mentioned cases are radically different from the last being examples of an active and intentional action as compared to the last that is a case of re-action, it is somehow passive, even if only possible thanks to a preventive preparation.

Both types interest us, however, because they share a fundamental aspect: having imagined a different future, whether it was the one in which we are always connected through our mobile devices, or a future in which even electric motors can have performance and efficiency comparable to the traditional ones, or even a future in which the dependence of the global supply system is too concentrated on some geographical areas, was the first fundamental step in these three stories.

If I have not imagined a certain future, I could hardly act to push it in that direction, or prepare specific plans in case it occurs. 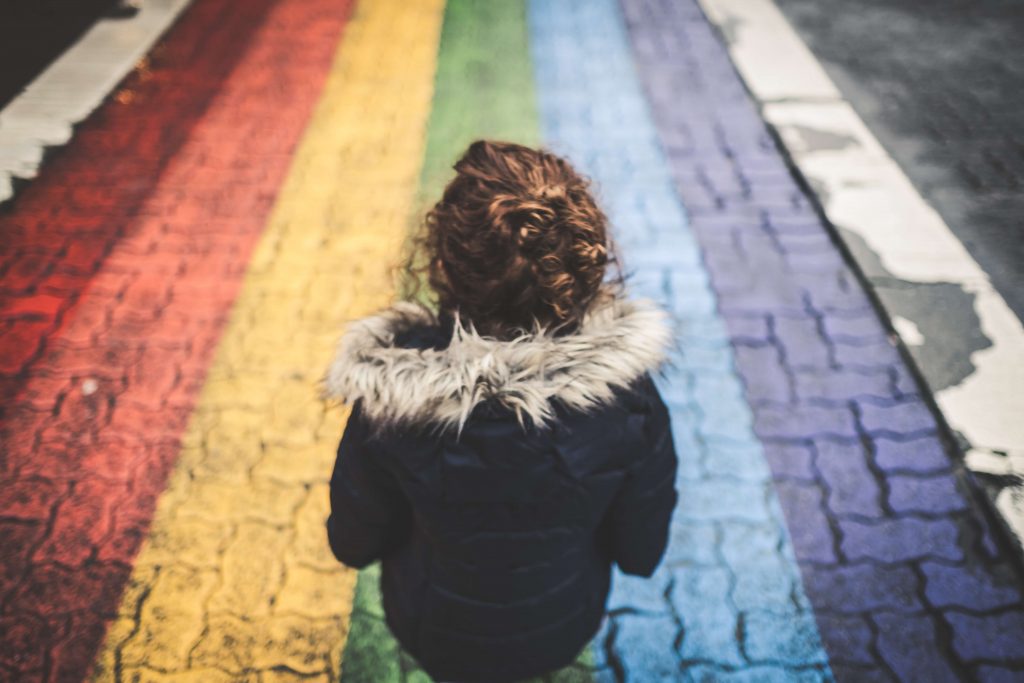 A shared future: the social role of the imaginary

Precisely because thinking about the future is the foundation for action, as a society, we engage more in this activity usually when we are dissatisfied with the present.

A concept of the future that only predicts predictions and reactions can be considered incomplete. A future, however, which also contains goals, a strategic plan and the intention to make the effort to achieve it is complete and above all useful to the community.

So, when things do not go as planned, we begin to imagine how they could be, with the result of inspiring us and moving in a new direction.

Being able to imagine, share and create a better future for society is a huge choice in terms of the social impact that can be made by a single pioneer or a multitude of people, today thanks to the linking capacity offered from technologies.

Here is the second reason why talking about the future is an ethical choice with social impacts that go beyond one’s own and individual well-being but can extend to the whole community defining the fate of human beings.

This is also why when we question ourselves about the future, we can never lose sight of the values and the centrality of the human being with the aim of preserving them and taking them with us on our journey towards a new time.

However, there is no single way of approaching this activity, we can certainly say that the most useful, those to be pursued, are those that place the responsibility on each one of us.

In fact, there are ways of treating the future that, on the contrary, invite to immobility: oracles and horoscopes risk being nothing but a way of avoiding the burden of responsibility by drowning in a destiny already written on which we have no power, we are not responsible for any failures and in which there is no room for our freedom.

All the other forms of the future are instead worthy of being designed and explored in a creative way. They all have a role in determining our actions.

The so-called dystopias present to us possible scenarios in which something or everything went wrong, and they help us to visualize the possible negative implications of our choices or “non-choices” of today. Without dystopias we would not take the weight of our responsibility.

Utopias, though probably unrealizable by definition, are instead a model to be pursued that guides us as a compass in our daily actions. Without them we would be paralyzed in a timeless time.

This is one of the main problems of our time: there are no shared visions of future to be set as a plausible and preferable goal at the collective level and that can transport us towards the next era.

Far away futures, unlike what may seem, are also a fantastic way to catch clearer and more marked differences than the present. After all, if we think about the future, we cannot fail to think about change and broader time frames allow us to notice the differences better.

The future as a moral responsibility

Taking care of the future is an act of pure altruism: the consequences do not fall on us but on a hypothetical human being of the future that we have no way of knowing.

In times like this, in which we experience a crisis of vision and we risk finding ourselves in sightless navigation in the absence of a clear and shared goal, we have the responsibility and also the opportunity to reflect on the consequences of our actions, to choose the values that we want to see in the society of our children and grandchildren and to act accordingly.

We can become “future makers”: designers and builders of intentional futures.

“Preparing for the future”, the Impactscool’s workshops on Donna Moderna

“Unfortunately, in the new generations, there is great misinformation on...

At the Turin International Book Fair, there is a series...

“The school of the future”: the Impactscool Vision Hack in...

New Vision Hack of Impactscool, in Cremona on 15 and...