PLaNCK!: when science talks to kids

The project, born in 2013, brings science to schools throughout Italy, transforming kids into young disseminators 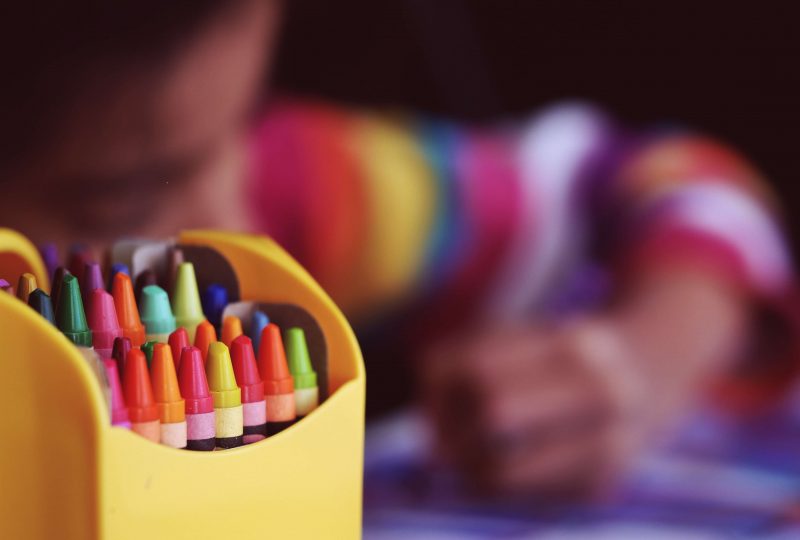 In Italy it has long been said that there are too few graduates in STEM (Science, Technology, Engineering and Mathematics) and even the prospect of a (almost) safe job for those completing their studies in this area is clearly reversing the trend. There are many, however, experimental training projects designed to bring young people closer to scientific subjects already at an early age like, for example, PLaNCK!.

Born in Padua from an idea of university and PhD students, PLaNCK! is a unique innovative project in Italy, which has found a new way to communicate science to children. We talked about it with its founder Agnese Sonato.

How was this project born?

It started almost as a game in 2012, together with Marta Carli, from an idea born during my PhD at the University of Padua. The goal was immediately clear: to create a scientific journal aimed at children, which would maintain a link with the research and directly involve its audience. A new thing on the Italian scene, so even we initially did not know exactly how to build and develop the project. But in a short time, we recorded the newspaper, we set up a team and we started with a pilot number in September 2013 and with the first “official” number in January 2014.

How is the editorial staff organized?

To manage the magazine, we founded an association that deals with scientific divulgation for young and old: Accatagliato. At the beginning we were few, less than ten, but the project grew quickly. In the second year we had a boom in public and interest in our reality, also thanks to the involvement of the schools. This has led some members of the team, myself included, to make scientific work their everyday job.

Today there are two of us who dedicate ourselves every day to the PLaNCK! project and then we have a series of “fixed” collaborators who always work on the realization of each issue of the magazine, including a graphic for the layout part and a cartoonist. Let’s say that in total we are a dozen people who always dedicate themselves to PLaNCK!, the most diverse collaborators of the association for other projects and activities.

You talk about some work with schools, what does it consist of?

We work with children aged 8 to 11, say from the third grade to the first grade. Before the magazine is published, we do activities in the classroom: the students become real reviewers of scientific articles and help us to improve the contents of the new issue. Our readers thus see the product being processed, before the layout, and actively participate in the creation of the magazine. We work mainly with schools in the Veneto region, but we are also receiving requests from other regions. In 2019 we have already received many requests, we would like to please everyone even if it is not always simple.

How do you communicate to the kids?

The magazine comes out three times a year and each issue has a specific theme, which we tackle with different languages: from comics to games, to more traditional articles. This too proved to be a winning choice, because we manage to involve everyone, even those who do not like reading. Each issue has about 80 pages and part of the content is also translated in English. The fact of working in synergy with our audience helps us a lot: the work in the classroom is essential to understand if the content is suitable for children, if there is something to change or simplify. We always receive very important indications and suggestions. It is important to understand what children already know and what they understand about what we write. Behind every PLaNCK! content there is a lot of work, but the result gives us a lot of satisfaction.

Do they also read it in the family?

Many parents have written to us that thanks to PLaNCK! they came closer to scientific topics, reading and playing with their children. And this was something that made us very happy.

What is the connection with the University of Padua?

For the magazine, which owns the Accatagliato association and as publisher Cleup Editrice, we immediately had a collaboration with the University of Padua, the research reality from which many of us came: in addition to patronage, from the beginning two Departments, that of Chemical Sciences and of Physics and Astronomy, have believed in the project, also supporting it. In addition, some of the professors of these departments are part of our Scientific Committee, which every year proposes ideas and tips for topics to be tackled in the magazine and deals with the revision of scientific contents. PLaNCK! over the years has grown, spreading throughout Italy and expanding the themes dealt with: in addition to Padua, in the project, according to the issue theme, are involved many research-related subjects all over Italy, like scientific disseminators, experts in particular topics… a beautiful network of collaborations is born at a national level and this is also the beauty of the project.

In addition to the magazine, do you have other channels?

On our website, which will shortly be released in a new version, we have some sections where we also publish online: “Discover with PLaNCK!”, Which we activated a few years ago thanks to the network of collaborators that has been created over the years, and “Science to read”, in which we review some books for children related to the subject in depth in the magazine.

This online activity also helps us keep the community active around the project in the period between a number and another of the paper.

In addition, on the website and on our social channels we also have some videos. These are parallel projects with respect to PLaNCK!, but somehow connected to paper outputs.

We are coming out with the first issue of 2019, which will be dedicated to the theme of Evolution. Then in May there will be an edition of PLaNCK! on the Brain and in September one on the theme “Future”, in which we would also like to involve Impactscool.

Our big goal for the next period is to enhance the classroom activities with the kids and the dissemination of the magazine in schools: we know that many teachers flank PLaNCK! to traditional teaching materials and use it as an in-depth study.

Among other things in these days comes out the competition for schools “The future according to me” in view of the number on the future of September 2019 in which we ask schools to send us their work on how they imagine certain aspects of the future: some will select them and we will publish them in the September issue.