Hi-tech companies, between fantasy and reality

From Stark Industries by Iron Man to Wayne Enterprises by Batman: the cinema and comic companies that today really exist (or almost). 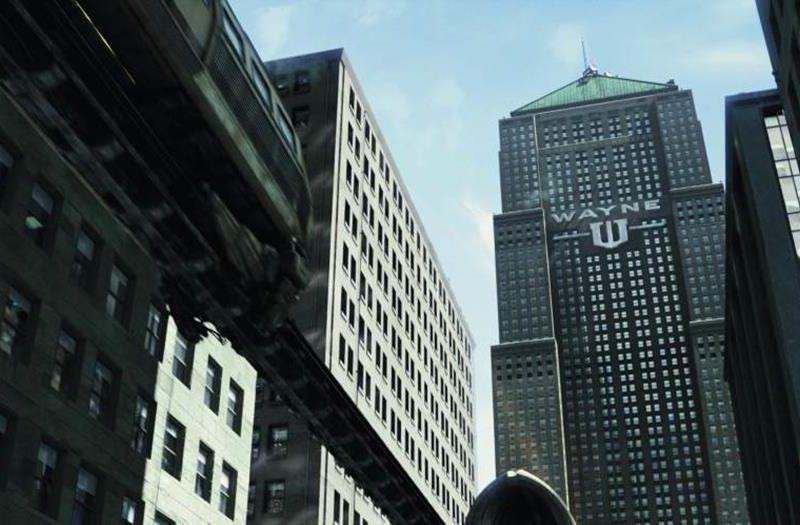 Cinema and comics have always given us interesting ideas to try to imagine the future. It is hard to believe that in a few months we will be catapulted into the dystopian universe of Blade Runner, set in 2019, and we are still far from exploring Jupiter, as we should have done in 2001 according to the Space Odyssey by Stanley Kubrick, but the forecasts of authors and directors have not all been wrong. Some of the hi-tech companies we have known in movies and comics today really exist, even if they have different names and their owners don’t have a second life as superheroes (are we really sure?).

From Darius Tanz to Elon Musk, passing through Tony Stark. Subscribers to Netflix’s services, who like science fiction, may have seen the US TV series “Salvation”. One of the main protagonists is Darius Tanz, a millionaire scientist and owner of the Tanz Industries. A charismatic and eccentric figure, which in many aspects recalls a person in the flesh, the founder of SpaceX and Tesla CEO Elon Musk. The same Musk, tell the Hollywood gossip, may have inspired Robert Downey Jr in his interpretation of Tony Stark, better known as Iron Man, brilliant engineer and owner of Stark Industries, who fights crime thanks to a futuristic armor invented by him. Some parts of the second film in the saga, “Iron Man 2”, were shot right inside Space X and Musk also appears in the cast. Tony Stark was convinced that his company, thanks to technology, would be able to change the world and has always paid great attention to clean energy and environmentally friendly solutions. Do you remember someone?

Genome editing: a good business. Various businesses are developing around DNA today: from genetic testing to genome editing, many people are trying to get the business path around this rapidly expanding biotechnology sector. Many stories of cinema and comics have also developed around biotech companies. The InGen of billionaire John Hammond, thanks to the DNA contained in the blood of a mosquito and the technique of cloning, has managed to give new life to the dinosaurs and to design the famous Jurassic Park. Gen-Sys, on the other hand, experimenting with a gene medicine to try to cure Alzheimer’s disease, has allowed a monkey to develop a superintelligence, a prelude to the “Planet of the Apes”. Finally, in the cinema there are events that develop around the theme of editing the human genome: this is the case of “Gattaca”, in which children are created with a virtually perfect genetic makeup. A concrete perspective also for the real world?

Wayne Enterprises, a concentration of exponential technologies. The Wayne Enterprises is also involved in the biotech sector, in one of its many divisions. The multinational, owned by Bruce Wayne (for those who do not know we are talking about Batman) boasts numerous sections, almost all of the highest technological content: from aerospace research to medicine, from electronics to materials engineering. Who knows where Mr Wayne finds time to manage all this, given the night activity with mask and cape.

Police robot vs criminal robots. The evolution of robotics, often combined with artificial intelligence systems, is offering us increasingly autonomous, performing and intelligent devices. But at the same time dangerous. On the one hand there is Nimbo, a complex automated security system composed of robots, drones and artificial intelligence, developed to fight crime, on the other there are lethal autonomous weapons, against which many scientists and entrepreneurs are protesting and whence giants of the sector like Google have taken their distance. A scenario not very different from what we found in the cinema: the Cyberdyne Systems is the company that created Skynet, the artificial intelligence that triggers the war between man and robots in the Terminator saga. Among its products there is also the T-800, the super cyborg played by Arnold Schwarzenegger, indestructible and, above all, lethal.

The history of cinema, however, also offers us hi-tech companies that, at least theoretically, have designed robots with the aim of defending citizens from the “bad guys”, as in the case of the Omnic Consumer Product by Robocop, even if its aims they did not turn out noble to the end. One day, perhaps, there will be no need for super heroes or police robots to defend ourselves, but it will suffice to predict crimes: a scenario described in the Minority Report, even though the Precrime needs some improvement.

Flying machines: in something we are late. The Jetsons are in many cases a great example of apt forecasts. There are so many elements of the “futurist” cartoon of the 60s that we really find in today’s life. Not so, however, for the spaceships produced at Spacely Space Sprockets Inc., the company where the head of the family George works: real flying cars, a means of transport widely used in the space era of the animated sitcom and of which today we do not see anything yet. A first prototype could be represented by the Uber self-driving taxi, but we are still quite distant from what happens in the space age described in the episodes of the Jetsons.