Who will win the World Championship? Artificial intelligence is going to tell us 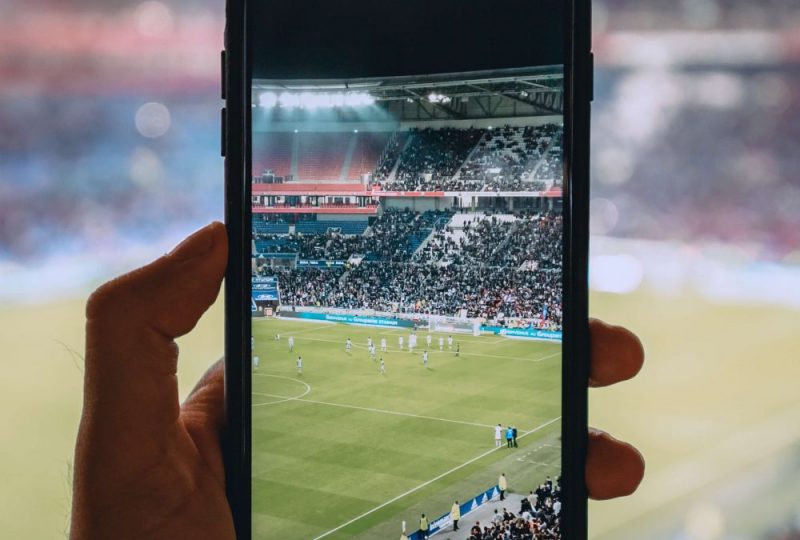 The biggest event, not just for sport fans, is taking place this summer in Russia. It’s going to be the most technological Football World Championship of all time, if we think about the application tout court of the VAR technology. So technological that Germany is relying on artificial intelligence to find out who will win.

Looking for the queen in the Big Data World Championship.

The Football World Championship is closing its group stage and, needless to say, despite the disappointment for the missed qualification of the Italian team, everyone’s eyes are focused on Russia. Italy, the excellent excluded from the World Cup 2018, has missed the big date, but the National teams in the field are still many. It’s difficult to say who can have the best: enthusiasts, bettors and professionals are looking for the favorite national, the most credited to get on top of the world on July 15th. Alongside the tactical assessments of the case, there are those who tried to predict the outcome of the World Cup. No, we are not talking about a new “Paul the octopus“, the octopus of the Sea Life Center in Oberhausen that, during the 2010 World Cup, was in charge of guessing the results of the German national team, even with some success. Today there are those who try with a cat named Achille, but there is also a German team that decided it was time for artificial intelligence to, it’s appropriate to say, take the field.

The Technical University of Dortmund already decreed the World Cup’s winner. Thanks to big data, the Russian event has been “played” virtually 100,000 times. The algorithm developed by the team of the German university takes into account a huge number of variables, in addition to the collaboration of the leading bookmakers in the world: demographic factors, economic, the ranking of teams in the domestic championships, titles, experience and average age of individual players and coaches. And so, the odds said that with 17,8% probability Spain will hold the winner’s Cup in Moscow, followed by Germany (17,1%), Brazil (12,3%), France (11,2%) and Belgium (10,4%).

There is a detail that true football fans will not have missed. Spain has changed coach just two days before the start of the tournament. A situation on the edge of madness, unprecedented, which left in the hands of Fernando Hierro, the new technical commissioner, a team built by his predecessor. We don’t know, therefore, whether artificial intelligence took the exemption into account or didn’t include it among the many variables. But, in any case, are we sure that the result would be different? A situation that in our eyes may seem foolish (think that echo would have a victory in Spain after the media hustle and bustle caused by the change of coach), to the “eyes” of an algorithm, which combines all possible results, may not be. Remember the so-called “37 move“? During the second match between AlphaGo and Lee Sedol, in March 2016, the artificial intelligence of Deep Mind made a move, that turned out to be fundamental for the final victory, which all the “human” players thought to be nonsensical. Move 37 was defined, in fact, a creative move: AlphaGo didn’t simply replicate and realized the behaviors and strategies of Go’s players, but it invented what it believed to be the best move based on the calculation of all the probabilities and the variables in the field.

We are not saying that Spain will win by relying on artificial intelligence. But it’s not to be excluded that something similar will happen in the future.
In our workshops we have foreseen this scenario, telling the story of Martin. Martin trains Hellas Verona, but he is not a coach like the others: it is in fact an artificial intelligence that, in our scenario, brings his team to win the championship in 2021 (a particularly optimistic forecast, considering the recent relegation of the Hellas team in B series). The success comes thanks to the meticulous analysis of how the sport has been played in the previous 100 years, along with the study of opponents, training techniques and even the players’ DNA.
Put it this way, it could sound like something incredibly far away, except it isn’t. As of today, more or less at all levels and in many sports, the matches are also prepared in front of the computer to predict and counter the moves of the opponents; the times and methods of training are designed in detail to allow players to perform better in the game. Today this is done by the coaches and their staff. Would it be so strange if it were an algorithm doing all the work?

Returning to the present, however, we just have to wait for the World Cup final match, scheduled for July 15th. The percentages that the algorithm assigned to Germany are so similar to the one assigned to Spain that, if the German national team were to win, we couldn’t really complain about the artificial intelligence developed by the Technical University of Dortmund. In the event of a wrong prediction, however, the new challenge will be to understand if the artificial intelligence was mistaken or if the researchers did not consider all the possible variables.

Update 2 July: football is confirmed as an unpredictable sport. After Germany’s exit in the group stage, at the eighths of final was Spain’s turn, the favourite according to artificial intelligence developed by the German team, eliminated on penalties by the hosts of Russia. At the IA all that remains is to hope for the success of Brazil, France or Belgium, which followed the Spanish and the German National in the ranking of favourite teams according to the system. The world championship, so far, has been full of surprises!