Attention: the anti-spam filter of our brain 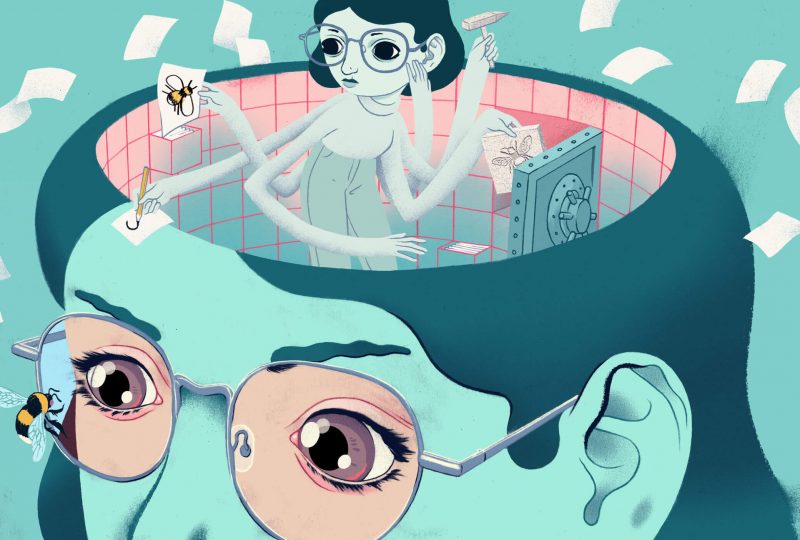 There is too much data in the environment around us and most of it is not useful. Our brain elaborates strategies and schemes to store only the important information. What if the Internet had an impact on our ability to remember?

The brain is an incredibly complicated organ, fascinating but above all efficient, which requires a great deal of energy and, even if it is not always used at full capacity, suffers from a problem of information overload. There is too much data in the environment around us and most of it is not useful. So, to solve this overload problem, evolution has come up with a brilliant solution: the attention system. Focusing on something for a long time is not easy, we know it well. This happens because our attention is not unidirectional, but follows many directions at the same time. Many people think that attention refers only to what we are actually focusing on, but it also concerns a fundamental function of our brain which, as mentioned, is to filter information.

Imagine being just awake, being shirtless, going to the closet, getting a shirt and wearing it. Right now your brain processes this information and you feel the contact of the cotton on your skin. After a few seconds, even if the t-shirt is exactly at the same point (on the skin), you no longer have that initial feeling: the brain, in fact, has understood that the data are not so important and has stopped analyzing them.

Attention therefore plays a fundamental role in helping the brain to filter the information we receive from the outside world, just like an anti-spam filter for e-mails, selecting those that we do not care about. Thanks to the attention we put into doing things, we create memories and train our brain to be always responsive.

According to Michael Posner, one of the founding fathers of cognitive neuroscience, there are two other elements to take into account when it comes to attention: the ability to maintain it and the ability to disengage it. A very interesting thing, underlines Posner, is to discover that these four fundamental aspects of attention (explicit attention, implicit attention, keeping attention and disengaging attention) not only originate in completely different areas of the brain, but also arise during different times of our life.

For example, explicit attention is born and matured before the ability to disengage attention and for this reason, disengaging attention from something voluntarily is very complex. This is a trick that parents learn quickly: it is very difficult to stop a child from crying by asking him, you need to shift his attention to something else.

Attention, therefore, is fundamental to allow the brain to elaborate strategies and schemes that can be applied to different situations, in order to simplify and accelerate its work. The more attention we put in recalling the data from our memory, the more our brain will try to make that information for the future available: in practice, the more we try to remember something, the easier it will be for our brain to get hold of that data, but also similar data. This is exactly what we mean when we say “train the brain”.

In 2011, researchers Betsy Sparrow (Columbia), Jenny Liu (Wisconsin) and Daniel M. Wegner (Harvard), while studying the functioning of memory and the role of attention in creating memories, began to describe a new phenomenon which was spreading rapidly in the new generations, this phenomenon was called “Google Effect”. The Google effect, also called digital amnesia, is the tendency to forget or not pay attention to information that can be easily found online. The study concludes that although the storage of offline data may not be influenced by this effect, the Internet is now seen as an accessory memory and, for this reason, many young people in front of complex problems do not even try to recall possible solutions in their brain through memory, but think about how or where to find them on the internet.

Being able to shift the attention not only with the eyes but also with the thought, makes the implicit attention an interesting model to study and understand for those who today draw the artificial intelligence or neural networks of the future, but also places us in front of some very profound questions. The ability to access data faster and more accurately could have important effects on our ability to remember?